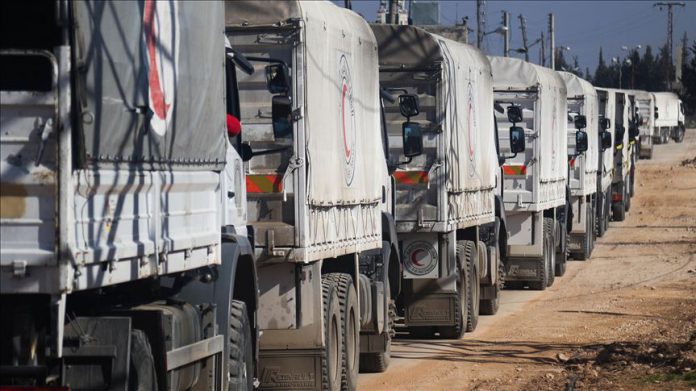 The UN on Wednesday dispatched 53 truckloads of humanitarian aid to Idlib, an embattled Syrian province.

The aid will be distributed among residents in urban areas of northwestern Idlib, as well as the surrounding countryside, which have been subject to years of devastating attacks by the Assad regime and its allies, triggering a wave of some one million refugees.

Syria has been locked in a vicious civil war since early 2011, when the regime cracked down on pro-democracy protests.

Since then, hundreds of thousands of