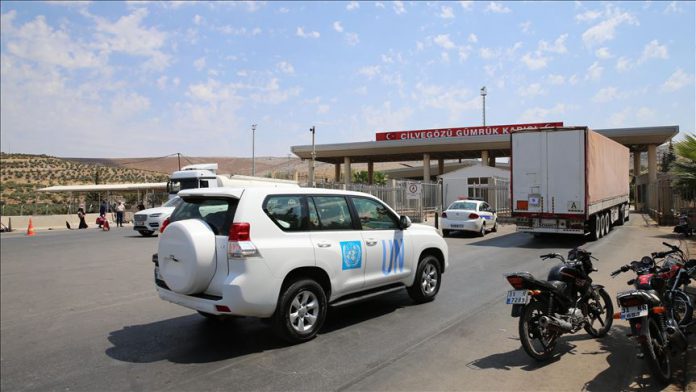 The UN on Monday dispatched 24 truckloads of humanitarian aid to the northwestern Syrian province of Idlib.