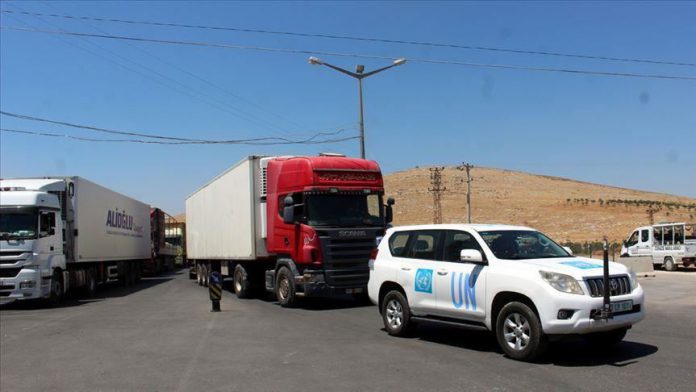 The United Nations on Friday dispatched 46 truckloads of humanitarian aid to Idlib, a northwestern Syrian province torn by the years-long civil war.

The trucks passed through the Cilvegozu border gate in southern Turkey, with the aid to be distributed to residents in urban areas of Idlib, as well as the surrounding countryside.