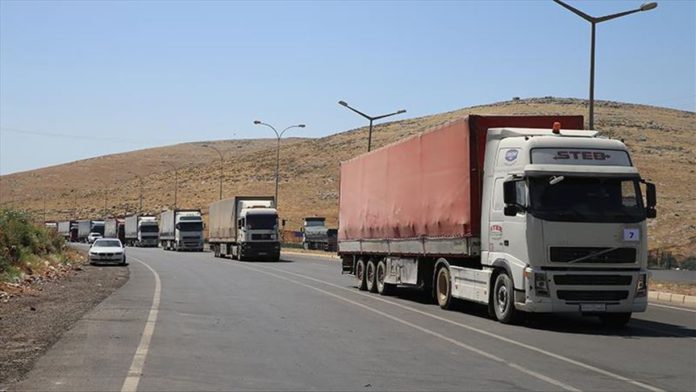 The UN on Wednesday dispatched a total of 57 trucks carrying humanitarian aid for needy people in Idlib city of northwestern Syria.