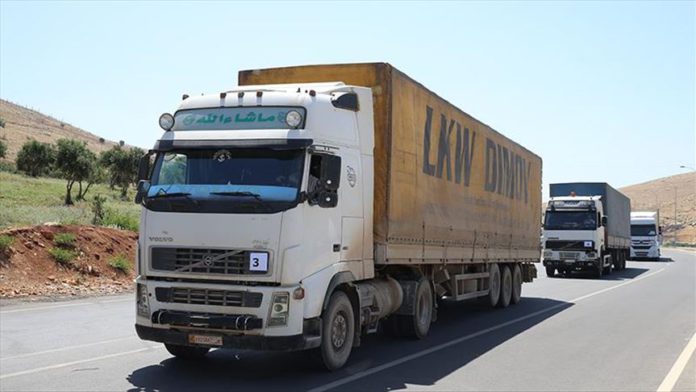 The UN on Monday dispatched a total of 48 trucks carrying humanitarian aid for needy people in the northwestern Idlib city of Syria.

Truckloads of supplies were transferred through the Cilvegozu border crossing in Reyhanli district of Turkey’s southern Hatay province.