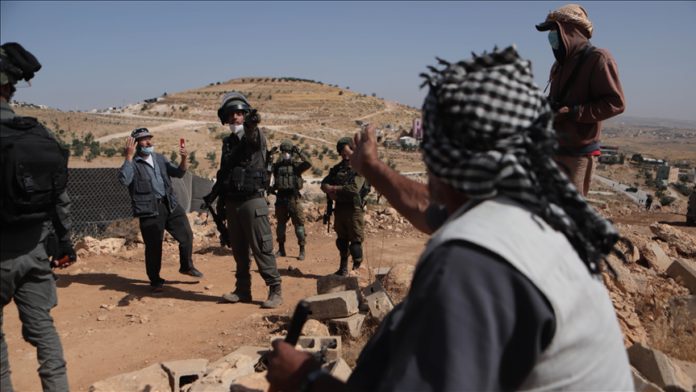 Wennesland’s call at UN Security Council briefing came after Israeli forces demolished a Palestinian’s home earlier Wednesday that is at the center of an anti-expulsion campaign in the Sheikh Jarrah neighborhood.

Wennesland voiced concern about the potential evictions of more Palestinian families from their homes in the Sheikh Jarrah and Silwan neighborhoods, which he said would prompt violence.

“I call on Israeli authorities to end the displacement and eviction of Palestinians, in line with its obligations under international law, and to approve additional plans that would enable Palestinian communities to build legally and address their development needs,” said Wennesland.

Israeli police said it enforced a court-approved eviction order of what it called “illegal buildings built on grounds designated for a school.”

The house has been the center of an anti-expulsion campaign since 2017 when Israeli municipal authorities allocated the land where the house sits to build a school.

The Salhiyeh family said they have been living in the home since 1948 after they were expelled from the Ein Karen neighborhood in West Jerusalem.

Europe in solidarity with France after Nice attack