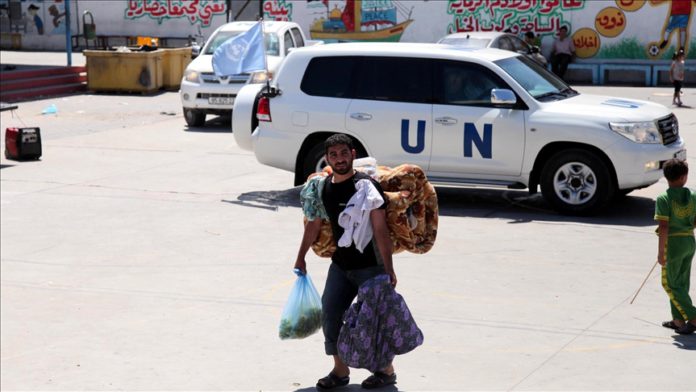 The UN Relief and Works Agency for Palestine Refugees in the Near East (UNRWA) is going through a cash flow crisis, said Lynn Hastings, the deputy special coordinator for the Middle East Peace Process on Wednesday.

In her briefing to the UN Security Council, Hastings voiced concern about the financial situation at UNRWA, saying the projected shortfall under its Programme Budget amounts to $100 million as of Wednesday.

“The agency also faces an imminent cash flow crisis which risks impacting the smooth opening of the school year for half a million girls and boys in Gaza,” said Hastings.

She warned that the absence of a fully-funded Programme Budget also undermines UNRWA’s capacity to conduct much-needed humanitarian and early recovery activities in Gaza.

“I appeal once again to all donors, including those from the Arab region, to sustain the funding levels of past years and advance disbursements of funds as much as possible to avoid a disruption of essential services and humanitarian aid,” said Hastings.

Israel’s 11-day bombardment in May wreaked havoc on the economy in Gaza and further exacerbated the existing humanitarian crisis.