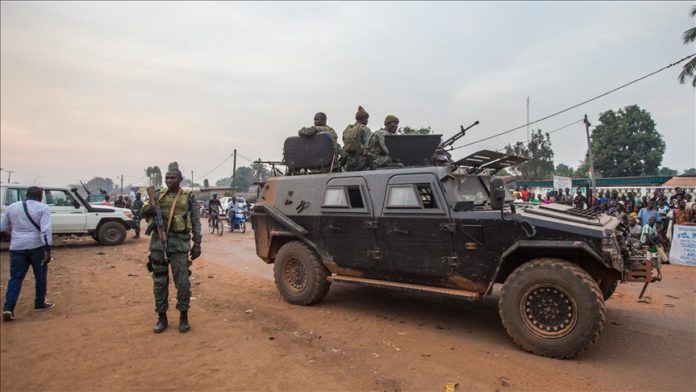 The UN mission in the Central African Republic condemned a rebel attack on the outskirts of the capital Bangui on Wednesday morning.

The Central African Republic’s Prime Minister Firmin Ngrebada said early on Wednesday that a rebel attack to wrest control of Bangui had been repulsed.

“We experienced in the early hours of the morning an attempt by the attackers to enter Bangui on several fronts, notably at the North exit towards Pk 12 and Pk 9,” Ngrebada said on Facebook.

It said that the peacekeepers, with the “rapid reinforcements in troops and support provided by helicopters, were able to contain and repel the attackers in joint action with the Central African armed forces.

“Elements of the armed groups suffered loss of life, some were arrested and weapons seized. MINUSCA deplores the loss of a peacekeeper, while another was injured.”

The special representative of the UN secretary-general in the Central African Republic and Head of MINUSCA, Mankeur Ndiaye, expressed his sincere condolences to the family of the killed peacekeeper and to the contingent and Rwandan government, according to the statement.

The mission said it holds them responsible for the consequences of the violence on the civilian population, stressing that attacks against peacekeepers could be considered war crimes and be prosecuted.

The situation has been tense in the landlocked Central African country after the Constitutional Council rejected Bozize’s candidacy in the Dec. 27, 2020 elections.

The former general seized power in a 2003 coup but was overthrown in a 2013 rebellion. Several militia groups, some close to Bozize, have since attacked civilians, armed forces, and the UN peacekeeping forces.

Faustin-Archange Touadera, who has won a second term as president, has reiterated his commitment to peace.