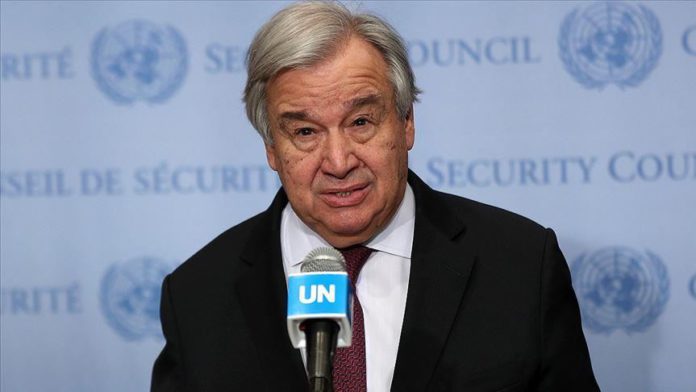 UN Secretary-General Antonio Guterres has condemned post-election violence that has claimed several lives in the West African country of Guinea, his spokesman said.

In a statement on late Thursday, Stephane Dujarric, spokesman for the secretary-general, said Guterres is deeply saddened by the loss of life and destruction of property in Guinea.

Several people, including a police officer, have been killed in the country’s capital Conakry since Tuesday following the announcement of incomplete and provisional election results.

Guterres expressed “his sincere condolences to the families of the victims and wishes a full recovery to the injured.”

In a statement, the government said violence was triggered by “the proclamation of the alleged victory” of the leader of the Union of Democratic Forces of Guinea (UFDG) Cellou Dalein Diallo.

Diallo’s victory claim of in Sunday’s presidential election was immediately rejected by the government.

On Thursday, Bourema Conde, the minister of territorial administration and decentralization, requisitioned the Guinean national army to maintain peace and order in the country.

Diallo had denounced the ongoing violence after security forces stormed the UFGG’s office on Wednesday.

He said the attack was aimed at destroying evidence of electoral fraud. “Last I heard they were destroying everything inside the building. No one can do this unless it is under the instruction of Alpha Conde,” said Diallo.

Guterres called on all sides to immediately take actions to end the violence and urged the security forces to exercise maximum restraint at this sensitive time.

He encouraged all “actors to await the announcement of the official results by the Independent National Electoral Commission and to resolve any potential disputes through established legal mechanisms.”

In a tweet on Thursday, James Duddridge, minister for Africa for the UK government said: “We are concerned by the violence & loss of life in Guinea following the presidential election. The UK calls for calm from all sides & for those responsible for violence to be brought to justice. We are watching closely & await the formal results from the electoral commission.”