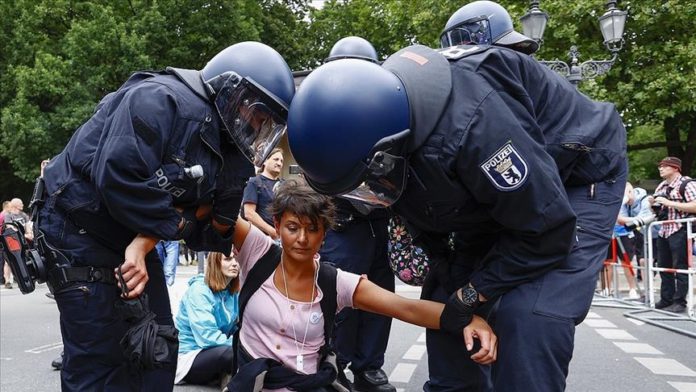 The UN’s special rapporteur on torture has sharply criticized the German police over excessive use of force during anti-lockdown and anti-vaccination protests in recent weeks.

“The evidence is strong enough to think that there have been human rights violations,” Melzer told German news agency DPA.

He particularly mentioned a video, which showed a German police officer punching a woman in the throat and knocking her unconscious, although she posed no threat.

“She could have died,” he said, adding that such behavior by the police was not acceptable.

In another video, a police officer was caught on camera punching a teenager in the face and putting him on the ground.

Melzer, the UN’s special rapporteur on torture and other cruel, inhuman or degrading treatment or punishment, has said his office is currently examining dozens of videos from Sunday’s protests in Berlin, and also interviewing eyewitnesses.

According to the media reports, the office is also planning to raise the issue of police brutality and recent human rights violations in a meeting with German officials next week, and ask for an investigation into the incidents.

“It is absolutely unacceptable if the #police take action against defenseless demonstrators with sometimes life-threatening violence because of mere administrative offenses or civil disobedience,” the UN rapporteur said in a tweet on Thursday.

Dozens of protesters were injured and nearly 600 people were detained last Sunday during unauthorized demonstrations in Berlin organized by the Querdenker, the most visible anti-lockdown movement in the country.