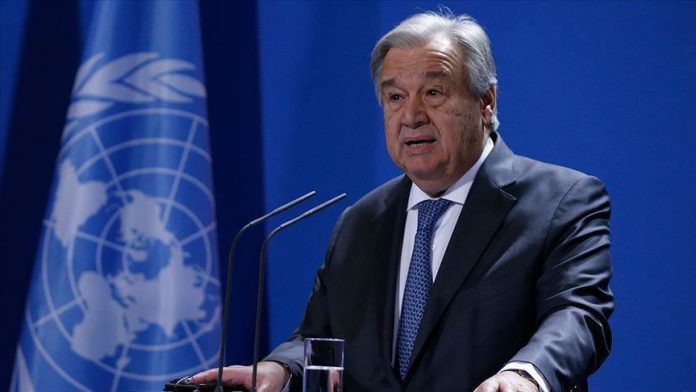 UN Secretary-General Antonio Guterres welcomed a peace deal signed between the U.S. and Taliban on Saturday that seeks to achieve a lasting solution to the Afghan war.

Two landmark conferences in Qatari capital of Doha and Kabul of Afghanistan saw historic decisions made regarding the fate of war-ravaged Afghanistan. The deal lays out a timetable for a full troop withdrawal from Afghanistan.

Guterres said those conferences “mark important developments,” according to his spokesman, Stephane Dujarric.

“The Secretary-General stresses the importance of sustaining the nationwide reduction in violence, for the benefit of all Afghans,” said Dujarric in a statement. “He