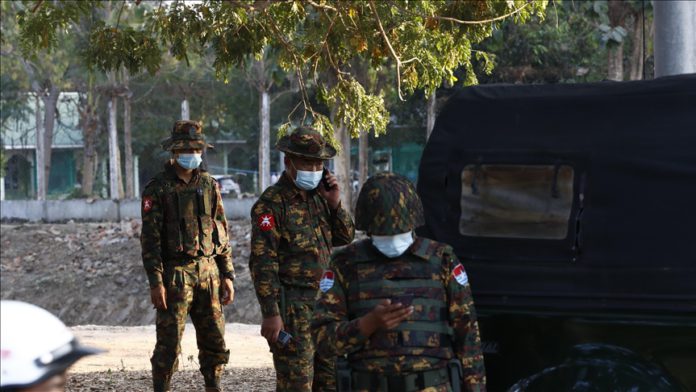 UN Secretary-General Antonio Guterres said Wednesday he would rally the international community and key players to do everything possible to thwart the recent coup in Myanmar.

Guterres said the coup d’état staged by the military that has swept up key political and civil society leaders since early Monday is “absolutely unacceptable.”

“We will do everything we can to mobilize all the key actors and international community to put enough pressure on Myanmar to make sure that this coup fails,” Guterres said during an interview with The Washington Post. “After a large period of transition, it is absolutely unacceptable to reverse the results of the election and the will of the people.”

Vowing to hold the reins of power for a year, Myanmar’s military declared a state of emergency on Monday, hours after detaining ousted President Win Myint and State Counselor Aung San Suu Kyi and other senior members of the pre-coup ruling National League for Democracy (NLD) party.

The military claimed the coup was staged due to “election fraud” in the polls, which it said resulted in the dominance of the NLD in parliament.

Guterres challenged the military’s claims, saying he firmly believes the polls were conducted “normally,” adding if Suu Kyi can be accused of anything, it was being too close to the military.

“She protected too much the military, namely in relation to what has happened with the dramatic offensive of the military army against the Rohingyas,” he said. “Aung San Suu Kyi assumed the defense of the military, even in international court, so if we can accuse her of something, it was being too close to the military. So it is absolutely unacceptable to see this coup.”

Suu Kyi was charged earlier Wednesday with several counts under the country’s export-import law for possessing 20 illegally imported walkie-talkies, which were confiscated at her house during an early morning raid on Monday. She faces up to three years behind bars.

Russia to reopen embassy in Libya