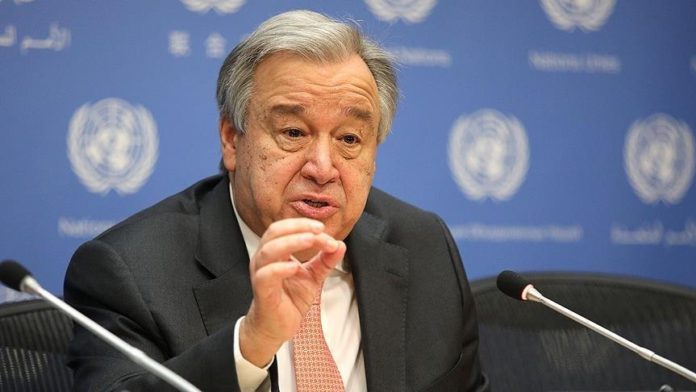 UN Secretary-General Antonio Guterres called for the immediate release of hundreds of pro-democracy protesters who are “barricaded” in apartments in Myanmar’s commercial hub.

Guterres “calls for maximum restraint and urges for the safe release of all without violence or arrests,” his spokesman, Stephane Dujarric, told reporters at the UN’s New York headquarters.

“Many of those trapped are women, who were peacefully marching in commemoration of International Women’s Day,” Dujarric added.

Local media reports and residents have said more than 200 protesters were stranded in Sanchaung township after security forces blocked the streets leaving the area on Monday.

Security forces announced on loudspeakers that action would be taken on residents who failed to register overnight guests in their apartments.

In response to the move widely viewed as an attempt to arrest stranded protesters, people gathered on the streets in defiance of the curfew and ban on public gatherings.