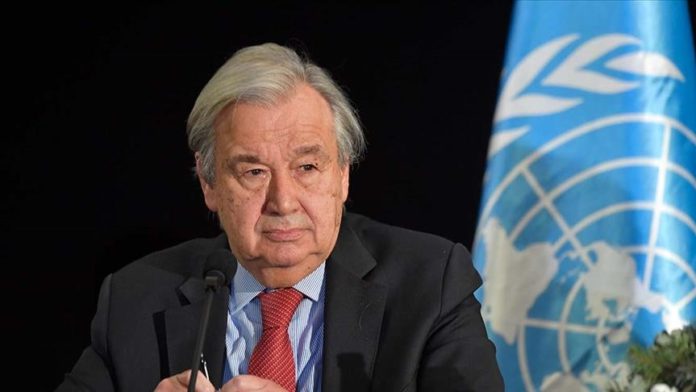 UN Secretary-General Antonio Guterres has called on rival Libyan sides to prioritize the stability of their country.

In a statement, his spokesperson Stephane Dujarric said the UN chief called on “all parties to continue to preserve stability in Libya as a top priority.”

The statement came after the Libyan parliament in eastern Libya named Fathi Bashagha on Thursday as the country’s new prime minister. Incumbent Prime Minister Abdul Hamid Dbeibeh, however, rejected the parliament’s move, vowing to remain in his post until a national election is held.

A majority of lawmakers also voted in favor of a proposal on the amendment of the country’s “constitutional declaration.”

The spokesperson said the UN chief took note “of the vote of the House of Representatives to designate a new Prime Minister,” but has urged “all parties and institutions to continue to ensure that such critical decisions are taken in a transparent and consensual manner.”

Guterres also reminded “all institutions of the primary goal of holding national elections as soon possible in order to ensure that the political will of the 2.8 million Libyan citizens who registered to vote is respected.”

Libya’s polls were scheduled to take place on Dec. 24, 2021 but were postponed over disagreements among the country’s political rivals. No new date for the vote has been agreed on so far.

Libyans hope the coming elections will help end the armed conflict that has plagued the oil-rich country for years.

June 5, 2020
We use cookies to ensure that we give you the best experience on our website. If you continue to use this site we will assume that you are happy with it.Ok