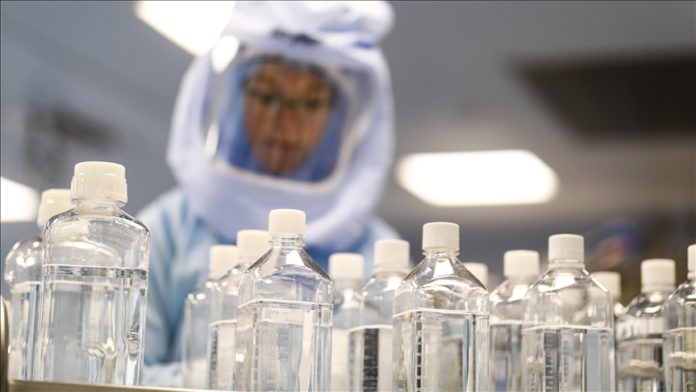 The UN chief said Friday that the world needs to double vaccine production with more equitably distributed doses to quell anger in some countries before a rampant virus turns back on wealthier countries.

Speaking virtually at the Global Solutions Summit in Berlin, UN Secretary-General Antonio Guterres said 1.7 billion doses of vaccines against COVID -19 have been distributed worldwide but describe the current inequity in vaccine distribution as “scandalous.”

“First of all, 10 countries have until now used 75% of the vaccines administered, and low-income countries only got 0.3%, the African continent 1%,” said Guterres speaking at a discussion titled “How fair is the global access to vaccines?”

“So, it’s clear that in the global north, we have several countries that are vaccinating at a relatively acceptable rate. But in the global south, we are falling behind in a dramatic way,” the UN chief said.

The risk is evident because the virus spreads quickly and mutates frequently, he stressed.

And some of these mutations have already produced viruses that are more easily transmissible, Guterres said.

There is also a suspicion that some of the virus mutations might also reduce the efficiency of vaccines, even if not entirely, making them useless “as it spreads like wildfire, in some parts of the world.”

He said that if the gap between richer and poorer nations is not closed quickly enough and equitably, there might be a severe problem in which even those countries that are vaccinated might discover that those vaccines will serve no purpose.

“It is absolutely essential to double the production of vaccines,” said Guterres, pleading that “we absolutely must have an equitable distribution.”

“We have seen vaccine nationalism, hoarding of vaccines nationally as importing vaccines, many countries buying three or four times the volume of their population.”

At the same time, there is enormous difficulty in supplying vaccines to the global south.

“There is anger. There are people who do not understand how is it possible that they are left behind when they see that in some rich countries, the majority of the population has been vaccinated,” said Guterres.

He warned that such anger “can be very dangerous in relation to future international relations.”

He also warned that a future pandemic might be more dangerous when it comes than the current one.