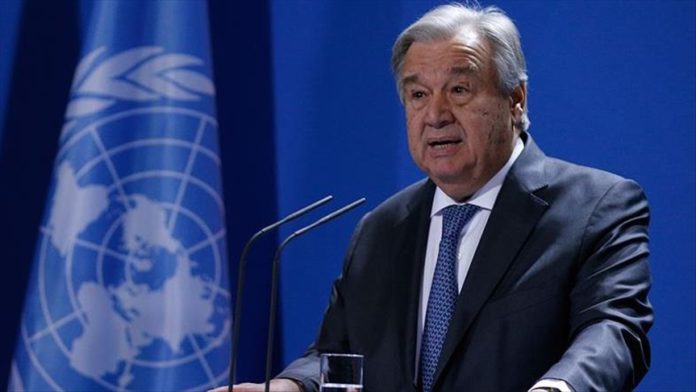 They mark the first elections in Palestine in 15 years amid long-simmering disputes between the Palestine Liberation Organization, led by Abbas’ Fatah political party, and Hamas, which controls the Gaza Strip. Hamas and Fatah have been at odds since the former seized the Gaza Strip from Fatah in 2007 after several days of street fighting.

Hamas has governed Gaza since while the Fatah-dominated Palestinian Authority ruled the Israel-occupied West Bank.

Questions have arisen as to whether the 340,000 Palestinians living in East Jerusalem will be able to participate in the forthcoming polls.

Israel, which occupied East Jerusalem in 1967 and rejects Palestinian sovereignty in the city, has yet to clarify its position regarding the matter. Palestinians are worried that Israel might block the polls in East Jerusalem after the US recognition of the city as Israel’s capital in 2017 and amid preparations for the Israeli elections on March 23.

But Guterres maintained that the votes of Palestinians living in East Jerusalem must be included in the elections.

“The holding of elections in the occupied West Bank, including East Jerusalem and Gaza, will be a crucial step towards Palestinian unity,” Guterres said.

“It will give renewed legitimacy to national institutions, including a democratically elected Parliament and Government in Palestine. Elections are a vital part of building a democratic Palestinian State founded on the rule of law with equal rights for all,” he added.