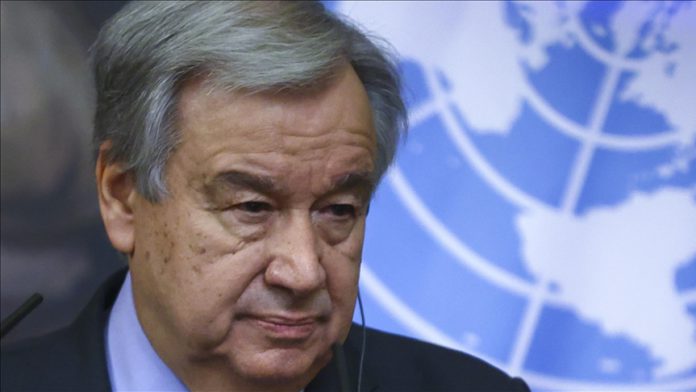 UN Secretary-General Antonio Guterres said on Friday he does not believe Russia will invade Ukraine as it amasses its forces to the north, south and east of the former Soviet republic.

“Any invasion by on country to another country is against international law, and I hope that this, of course, will not happen in the present circumstances,” Guterres told reporters at the UN’s New York headquarters. “I am convinced it will not happen. And I strongly hope to be right.”

The US alongside its European allies has been warning that Russia is setting the stage for an invasion of Ukraine and has pre-positioned more than 100,000 troops on its border with Ukraine alongside significant artillery and tank deployments. Moscow has denied it is preparing for a military offensive, saying its troops are there for regular exercises.

Russian forces have also amassed in ally Belarus, just north of Ukraine. The Kremlin has maintained that there too troops are taking part in exercises. It has also been steadily building up its force levels in Crimea.

Russia in 2014 annexed Ukraine’s Crimean Peninsula in a move that has never been met with international recognition, and which has been decried as illegal under international law. That year also saw Moscow begin its support for separatists rebels in eastern Ukraine, a policy it has continued for eight years.

According to the UN, fighting between Ukrainian government forces and the pro-Russian separatists in eastern Ukraine has seen killed more than 13,000 people since 2014.