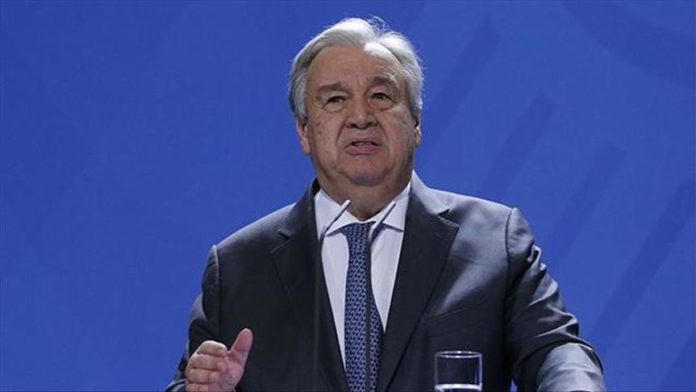 Noting there was a “recent development” about human rights in Venezuela, Guterres called the Latin American country’s acceptance of “strong cooperation” with the Office of Human Rights Commissioner and its move to increase the numbers of existing officials as a “positive” step forward.

His remarks came during a news conference where he was asked about a report by UN investigators presented Wednesday that accuses Venezuelan President Nicolas Maduro and his ministers of committing systematic human rights violations and arbitrary detentions.

“That is very concerning, and that should be taken very seriously by the Venezuelan authorities,” he said.

For upcoming Dec. 6 parliament elections, Guterres said the UN “can only do monitoring of elections” if the General Assembly or Security Council gives a mandate.

Authors of the report, penned by Marta Valinas, Francisco Cox Vial and Paul Seils, worked under a fact-finding mission set up last September to investigate alleged human rights violations in Venezuela during the past five years.

Deal possible if US returns to nuclear pact: Iran