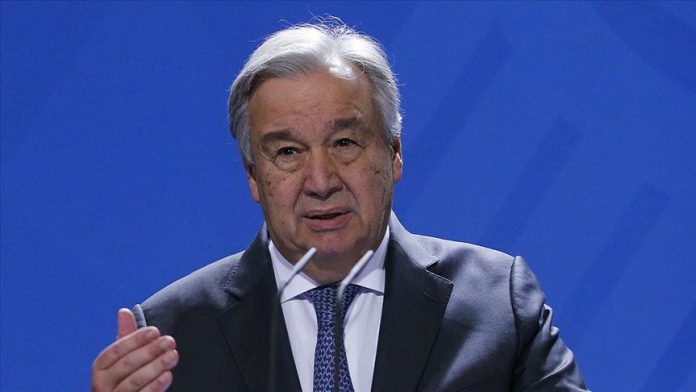 UN Secretary-General Antonio Guterres on Thursday reiterated his call for an “immediate ceasefire” in northwestern Syria following a deadly airstrike by Syrian regime forces on Turkish troops in Idlib province.

In a statement, the secretary-general’s spokesman, Stephane Dujarric, said Guterres is monitoring the escalation in the region and reports of fallen Turkish soldiers with “grave concern.”

Guterres “expresses particular concern about the risk to civilians from escalating military actions,” said Dujarric. “Without urgent action, the risk of even greater escalation grows by the hour.”

He said there is no military solution to the Syrian conflict.

“The only sustainable solution