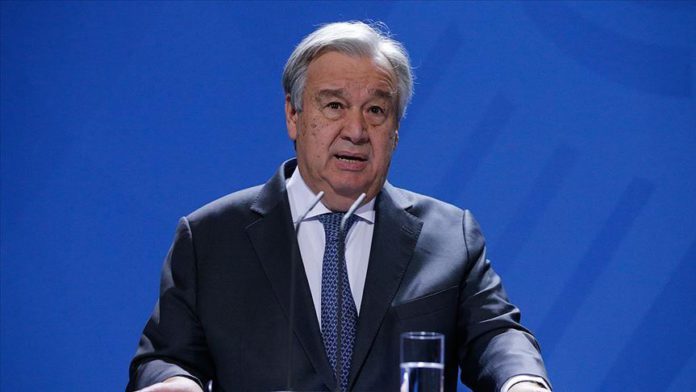 “On behalf of the United Nations, I extend our heartfelt condolences to Dr. Erekat’s family, President [Mahmoud] Abbas, the people of Palestine and his many friends and supporters around the world,” Guterres said in a statement.

He said he was “deeply saddened” by the death of the Palestine Liberation Organization (PLO) secretary-general and chief Palestinian negotiator in the Middle East peace process.

“I am grateful to have known Dr. Erekat and to have called him my friend. He was dedicated to the peaceful pursuit of justice, dignity and the legitimate rights of Palestinians to self-determination, sovereignty and statehood,” said Guterres.

“Now is the time to continue his crucial work and end the conflict that has tragically affected the lives of so many,” the UN chief added.

Born April 28, 1955, in Abu Dis in East Jerusalem, Erekat left the Palestinian territories at 17 for the US where he lived with his father.

During his lifetime, he engaged in negotiations with six Israeli prime ministers to fulfill his dream of ending the decades-long Israeli occupation and establishing an independent Palestinian state.