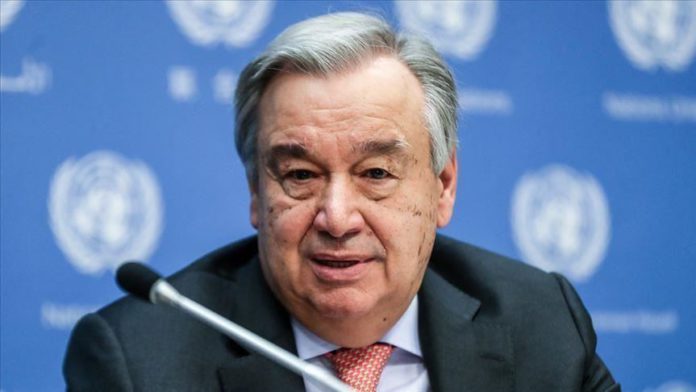 “The Prime Minister indicated his commitment to a dialogue within the 5+5 Libyan Joint Military Commission [JMC] and expressed his interest in a political solution based on elections,” said a statement by Guterres’s office which referred to a format with five representatives from the internationally recognized Government of National Accord (GNA) and five from renegade commander Khalifa Haftar’s forces.

The JMC is one of three tracks the UN Support Mission in Libya (UNSMIL) is working on in addition to economic and political tracks in compliance with UN Security Council Resolution 2510 (2020) and urges the two parties to reach a lasting cease-fire agreement.

Guterres expressed shock at the recent discovery of mass graves in the country, saying the UN “was ready to assist in efforts to ensure accountability.”

The GNA has been under attack by Haftar’s militias since April 2019, with more than 1,000 killed in the violence.