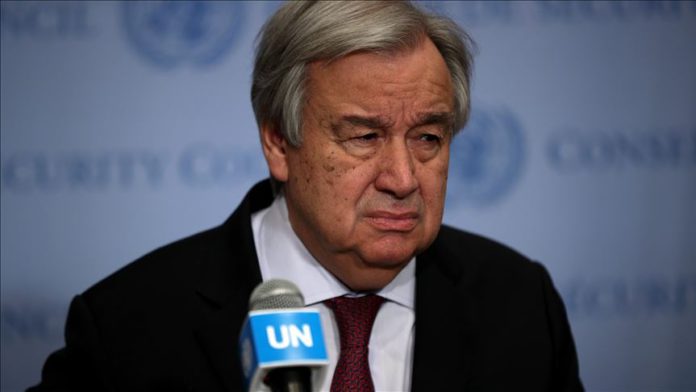 UN Secretary-General Antonio Guterres on Tuesday demanded the immediate and unconditional release of Mali’s President Ibrahim Boubacar Keita and members of his cabinet after they were seized by mutinying soldiers.

“The Secretary-General is following with deep concern the unfolding developments in Mali, including the military mutiny which culminated in the arrest of President Ibrahim Boubacar Keita and members of his Government earlier today in Bamako,” his spokesman, Stephane Dujarric, said in a statement.

“The Secretary-General strongly condemned these actions and called for the immediate restoration of constitutional order and rule of law in Mali,” Dujarric added.

Guterres urged all stakeholders, particularly the defense and security forces, to exercise maximum restraint and uphold the human rights and individual freedoms of all Malians, he said.

He said Guterres expressed his full support to the African Union and the Economic Community of West African States (ECOWAS) in their efforts to find a peaceful solution to the current crisis in Mali.

Keita and Prime Minister Boubou Cisse were taken to the Kati military camp located 15 kilometers (9 miles) northwest of the capital Bamako at around 4.30 p.m. local time (1630 GMT), according to Le Journal du Mali.

Earlier, it was reported that gunshots were heard at the camp, while military trucks were also spotted on the road heading toward the capital. The military reportedly blocked the road from the town of Kati to Bamako and businesses and offices were also closed.