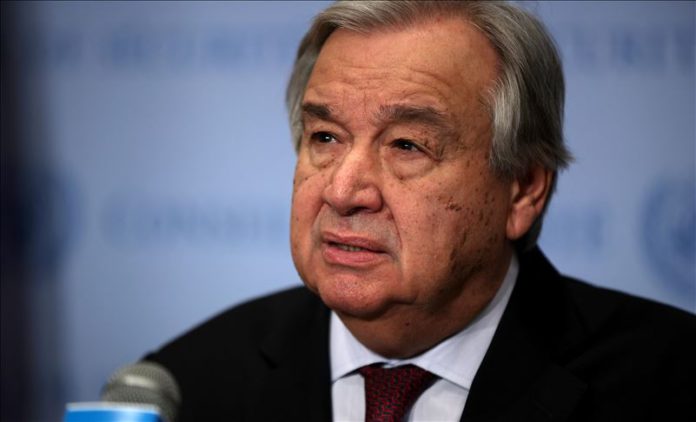 UN Secretary-General Antonio Guterres called on authorities in the US to exercise restraint in responding to protests over the killing of George Floyd, an unarmed black man who died last week after being pinned down by a white police officer.

“I am heartbroken to see violence on the streets in our host country and our host city of New York,” Guterres said Tuesday on Twitter.

Stating that racism is an abhorrence that all people must reject, Guterres said in every society, diversity is a richness and never a threat.

“Grievances must be heard but should be expressed peacefully – and authorities must show restraint in responding to demonstrations,” he added.

He urged leaders in all sectors of society to invest in social cohesion so every group feels valued.

“That means addressing inequality & discrimination, strengthening support for the most vulnerable and providing opportunities for everyone,” he said.

One of the officers, Derek Chauvin, pinned him to the ground and knelt on his neck for nearly nine minutes.

The protests occurred despite curfews in major US cities.