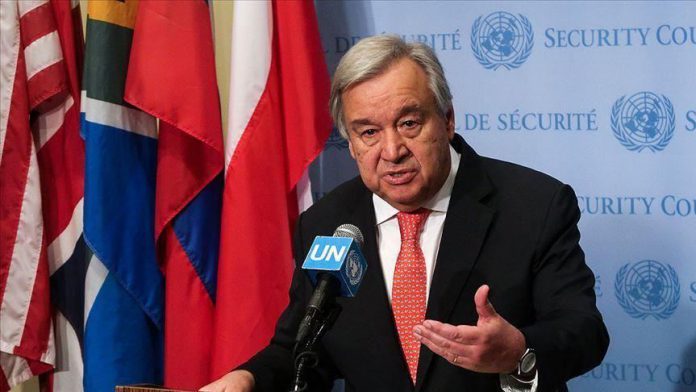 UN secretary-general Antonio Guterres on Friday lauded a recent reduction in fighting in northeastern Syria and urged the countries involved to “start seriously discussing the endgame” to an eight-year-old conflict.

Answering a question from Anadolu Agency, Guterres noted a ratcheting down of the conflict in the region following this week’s deal between Turkey and Russia.