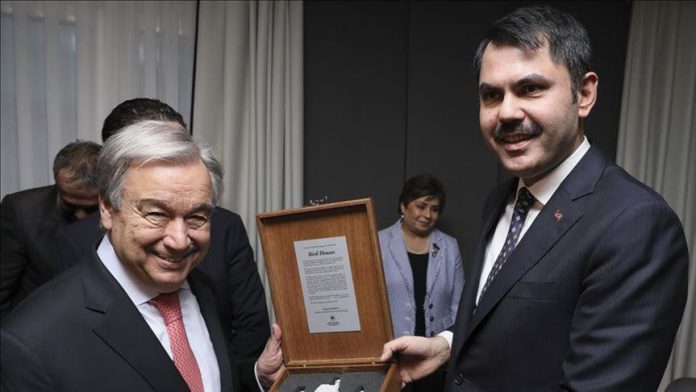 Kurum said Turkey wanted treatment equal to other countries of a similar level of development and that it would continue intensive negotiations to achieve this as part of the Paris Agreement.

Touching on Turkey’s Zero Waste Management System, which aims to reduce the volume of non-recyclable waste, he said Turkey has taken decisive steps towards the

Turkey to distribute 100,000 tons of flour to needy