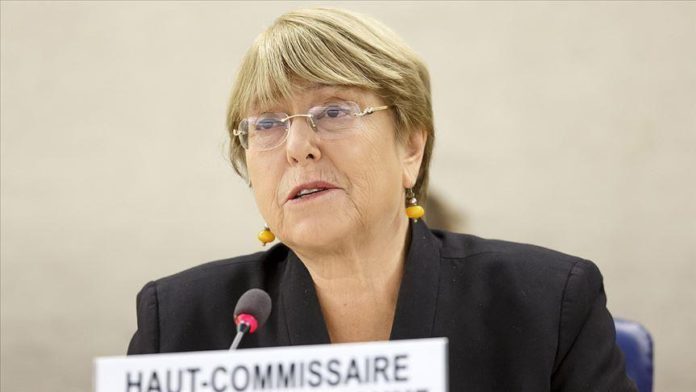 The UN human rights chief on Monday said revelations regarding the apparent widespread use of the Israeli-developed Pegasus software to spy on journalists, human rights defenders, politicians, and others are “extremely alarming.”

Michelle Bachelet said in a statement that disclosures about the use of the software developed by the NSO Group “seem to confirm some of the worst fears about the potential misuse of surveillance technology to illegally undermine people’s human rights.”

They confirm the urgent need to regulate better the transfer and use of surveillance technology and ensure strict oversight, said the rights chief.

The UN Human Rights system, including her own office, has frequently raised severe concerns about the dangers of authorities using surveillance tools.

“Use of surveillance software has been linked to arrest, intimidation, and even killings of journalists and human rights defenders,” said Bachelet. “Reports of surveillance also have the invidious effect of making people censor themselves through fear.”

The UN rights chief said journalists and rights defenders play an indispensable role, and when silenced, “we all suffer.”

She said spyware “enables extremely deep intrusions into people’s devices, resulting in insights into all aspects of their lives,” and their use can only be justified in “investigations into serious crimes and grave security threats.”

“If the recent allegations about the use of Pegasus are even partly true, then that red line has been crossed again and again with total impunity.”

Journalism nonprofit Forbidden Stories and human rights group Amnesty International, the Organized Crime and Corruption Reporting Project, and 16 media partners around the world have worked to uncover who might have fallen victim to Pegasus.