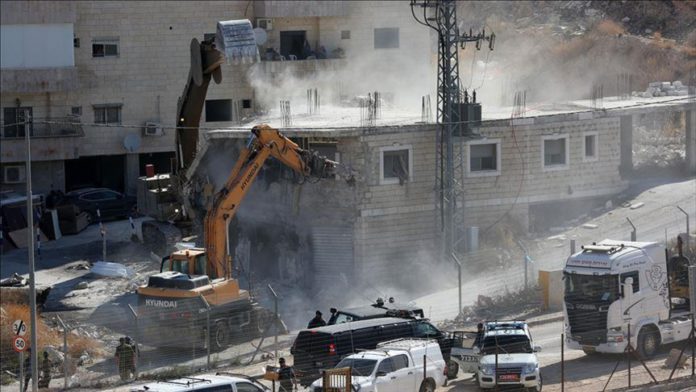 The UN has called on the Israeli authorities to halt its demolition and confiscation of Palestinian property.

“Our humanitarian colleagues in the occupied Palestinian Territory tell us that on Wednesday, in the community of Ras al-Tin in Ramallah governorate, 84 Palestinians lost their homes when Israeli forces confiscated at least 49 structures,” Farhan Haq, spokesperson for UN Secretary-General Antonio Guterres, said in a briefing.

He noted that Palestinians use the area in the summer as a grazing land “but are now at heightened risk of forcible transfer from the area.”

The spokesperson reiterated the UN’s call on Israel to stop its violations “and adhere to its obligations as an occupying power under international humanitarian law.”

According to the United Nations Office for the Coordination of Humanitarian Affairs (OCHA), Israeli forces demolished at least 421 Palestinian-owned structures in the occupied West Bank this year.

Israel prevents Palestinians from carrying out construction projects in parts of the West Bank designated as Area C, which falls under Israel’s administrative and security control.

Area C is currently home to 300,000 Palestinians, the vast majority of whom are Bedouins and herding communities who predominantly live in tents, caravans, and caves.