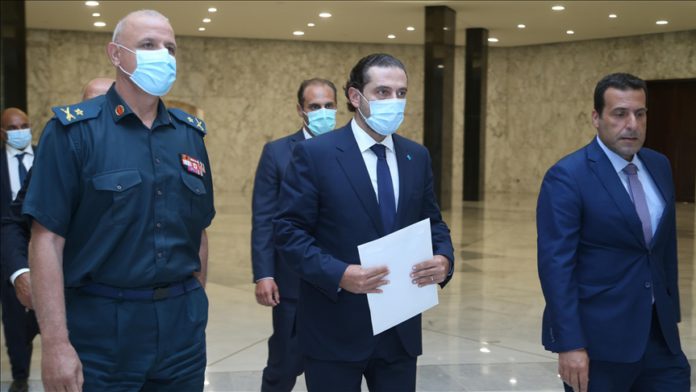 The UN urged Lebanon’s leaders to urgently form a new government that is capable of addressing the country’s numerous challenges.

In a statement, UN Special Coordinator for Lebanon, Joanna Wronecka, called for the “swift” designation of a new prime minister to form a cabinet able to carry out the required reforms that will lead Lebanon out of the ongoing “unprecedented crisis.”

“There is still room for hope but there is no time to lose. Urgent action is needed in the national interest to respond to the needs and demands of the people, who continue to pay the heaviest price,” Wronecka said.

Lebanese Prime Minister-designate Saad Hariri stepped down on Thursday after failing to form a government for months.

In a press conference after meeting President Michel Aoun at the Presidential Palace in capital Beirut, he said: “President Aoun’s position has not changed, and the amendments he requested are essential … he told me that it is difficult to reach a consensus, so I stepped down … May Allah help the country.”

On Wednesday, Hariri presented a new cabinet lineup of 24 ministers, hours after he returned from Cairo where he held talks with Egyptian President Abdel-Fattah al-Sisi.

Both the leaders have accused each other of creating obstacles in forming a new government.

Lebanon has been unable to come up with a new administration since the resignation of Hassan Diab’s cabinet on Aug. 10, 2020, six days after the massive blast that hit Port of Beirut.

The Arab country is facing a severe economic crisis, with the local currency losing nearly all its value against the US dollar. Streets across the country are witnessing massive protests and rallies.