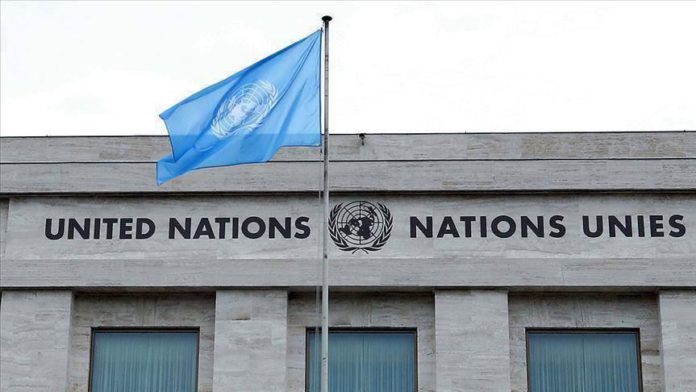 The UN Human Rights Council (HRC) said Monday it has decided to discuss as a matter of urgency racism and police violence in the US after a request from African countries.

The 43rd session of the HRC was suspended indefinitely in March due to the onset of the novel coronavirus, COVID-19, but the council restarted Monday at the UN Office in Geneva after the easing of virus restrictions in Switzerland.

In the HRC, those attending the session were asked to wear masks as Burkina Faso on behalf of 54 African nations asked for a special debate on “systematic racism, police brutality and violence in peaceful protests” in the US.

President of the Human Rights Council Elisabeth Tichy-Fisslberger from Austria spoke at a press conference at the UN in Geneva, the first since it shut down normal activities in March due to the pandemic.

“We got a request from the African group to have an urgent debate in the follow up to what happened in America with George Floyd and the whole tragedy which showed the problems of racism of police violence, and the follow up to that,” said Tichy-Fisslberger.

“This is a topic which is not just about one country, it goes well beyond that,” said the HRC president, explaining that the debate would take place Wednesday.

“I think that some African delegations have made it quite clear that this is not a debate about the US. This is about the generalized phenomenon in many countries.”

She said the debate for Wednesday will be the fifth urgent debate on the Human Rights Council, and the 47-member council adopted the proposal for it.

The African Group said in its letter: “Unfortunately, George Floyd’s death was not an isolated incident.”

The letter said in the request to the HRC the people of African descent “face daily in many parts of the world”.

“Sadly, the fates of many other victims attracted no attention, as they were not captured on social media for all to see,” Ambassador Dieudonne Desire Sougouri wrote on behalf of the African Group at the council.

The US withdrew from the HRC on June 18, 2018, over charges of alleged bias against Israel and allegations that the body serves as a protector of rights abusers.