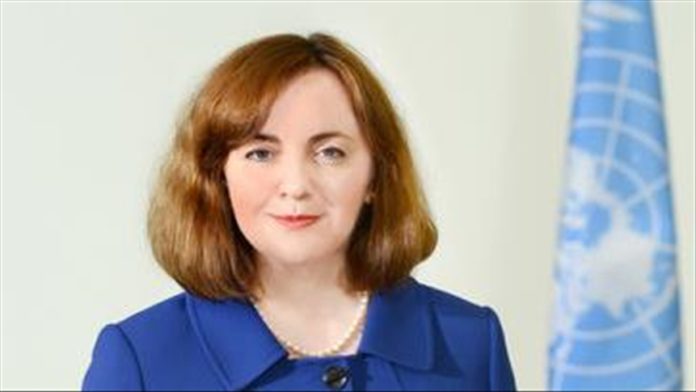 The Central Asian countries showed a great example of solidarity by supporting each other and the neighboring countries, especially Afghanistan, following the global cease-fire appeal by the UN chief last year, a UN center said on Wednesday.

“I think that the Central Asian region has shown a very good example to the entire world community,” Natalia German, head of the Turkmenistan-based UN Regional Center for Preventive Diplomacy for Central Asia (UNRCCA), said at a virtual news conference in the capital Ashgabat.

She underlined that the best lesson of 2020 was the demonstration of the importance of international solidarity and cooperation, adding that UNRCCA played a key role in the solidarity initiatives of Central Asian countries.

She also stressed the importance of the neutrality policy and its role in ensuring international peace, security and sustainable development, and welcomed the Final Ashgabat Document adopted by the UN last month.

“It is vital to note that the role of the neutrality policy in the development of peaceful, friendly and mutually beneficial relations among the countries of the world is comprehensively stated in the Final Document. It contributes to the strengthening of international peace and security on the regional and global levels.”

On Dec. 12, 2020, the international conference on the “policy of neutrality and its role in ensuring international peace, security and sustainable development” dedicated to the 25th anniversary of Permanent Neutrality of Turkmenistan took place in Ashgabat under the chairmanship of Turkmenistan’s President Gurbanguly Berdimuhamedov.

In the conference – an international event where the achievements of Turkmenistan in political, social, humanitarian, trade, economic and other spheres attained during the years of independence and neutrality were discussed — the Final Ashgabat Document was adopted.

“We marked the 25th anniversary of permanent neutrality of Turkmenistan which has symbolically coincided with the historic 75th jubilee of the UN,” she said.

Emphasizing that they expect 2021 to be also a “challenging year” for the international community, German said it is important to increase cooperation and solidarity between the countries, consolidate the efforts on fighting the COVID-19 pandemic, and socio-economic recovery after the crisis year of 2020.

She recalled that 2021 was designated the “Year of Peace and Trust” by the UN General Assembly in September 2019.

“The UN will try to increase its efforts in the energy security development, transportation, education, healthcare, and food safety,” German said.

She went on to say that the “common aim” of the UN in the Central Asia is to continue making the region a model of safety, stability and prosperity.

Turkmenistan’s permanent neutrality has gone through several stages, starting on Dec. 12, 1995, when Turkmenistan was recognized as a permanently neutral state by a UN resolution with the unanimous support of 185 member states.

On June 3, 2015, a second resolution on permanent neutrality was adopted by the UN General Assembly on the 20th anniversary of the country’s neutrality, he said.

On Feb. 2, 2017, through Berdimuhamedov’s initiative, the UN General Assembly decided to declare Dec. 12 the International Day of Neutrality, and called for marking the day by holding events aimed at enhancing public awareness about the value of neutrality in international relations.