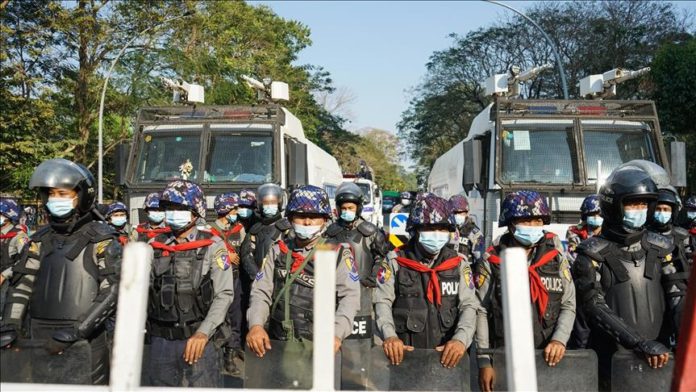 The Independent Investigative Mechanism for Myanmar under the UN said Thursday that it is “closely” following recent developments related to the military’s seizure of power.

Incidents include “reports regarding the use of lethal force against peaceful protesters and the detention of political leaders, members of civil society and protesters,” Nicholas Koumjian, the head of the mechanism, said in a statement.

Founded in 2018 by the UN Human Rights Council, the Myanmar Mechanism is mandated to collect evidence of “the most serious international crimes and violations of international law committed in Myanmar since 2011,” including serious human rights violations.

It is also mandated to prepare case files for national or international courts to make sure those who are responsible face justice.

“The mandate is ongoing and continues to cover all such crimes and violations of international law committed in the territory of Myanmar,” said Koumjian.

Issues such as constitutional processes, elections and democracy are out of the mechanism’s scope, he added.

The statement came one day after Myanmar’s military took several senior members of Aung San Suu Kyi’s party into custody in a new wave of arrests that took place Wednesday.

The coup took place hours before the first session of the country’s new parliament was set to convene following elections in November, in which the NLD made sweeping gains.

The military claimed the coup was staged due to “election fraud” in the polls that it said resulted in the dominance of the NLD in parliament.