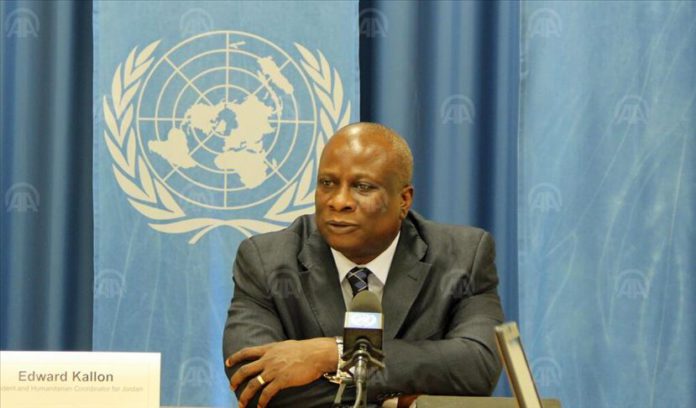 The UN said Sunday it was appalled by the killing of dozens of civilians in northeastern Nigeria by Boko Haram terrorists.

Edward Kallon, the UN humanitarian coordinator in Nigeria, in a statement described the attacks on civilians in the town of Monguno and a village in Ngazai district, both in Borno state, as horrific.

He said a four-year-old girl was among those killed in the attack on Monguno, where UN and other aid workers are based, while at least 37 people were wounded.

“I am deeply saddened by the news that many civilians, including an innocent child, lost their lives in these horrific attacks,” Kallon said.

He said information shows the terrorists targeted Monguno for nearly two hours on Saturday afternoon. A military base is located about a mile away.

He said he was relieved that all UN staff were safe although the terrorists destroyed part of their base and burnt around a dozen vehicles parked in front of the facility.

There are 25 international and local humanitarian organizations providing aid to more than 15,000 civilians displaced from their homes by more than a decade of terrorist attacks by Boko Haram in the region.

More than 30,000 people have been killed and nearly 3 million displaced in a decade of Boko Haram terror activities in the country, according to the United Nations Office for the Coordination of Humanitarian Affairs in Nigeria.