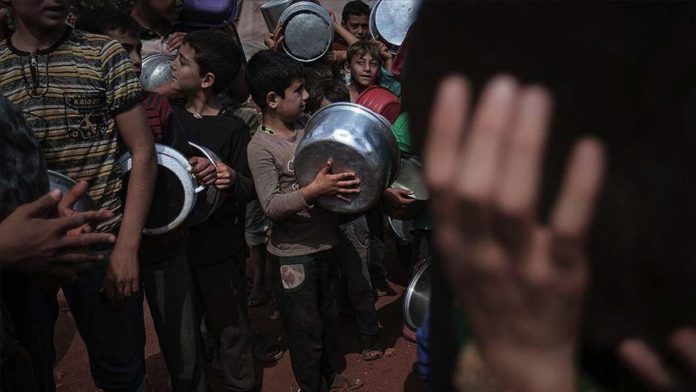 UN relief agencies said Friday that they need $2.4 billion for the next seven months to sustain a humanitarian lifeline for 19 million people in Yemen shattered by over five years of conflict to avert famine and human suffering.

UN Office for the Coordination of Humanitarian Affairs (OCHA) Geneva spokesman Jens Laerke said at a video press conference the money is needed to fight displacement, malnutrition, disease and a weak health system “buckling under the pressure of the COVID-19 pandemic.”

“The latest official numbers are 260 confirmed coronavirus cases and 54 deaths, but without adequate testing and analysis, the true picture is almost certainly much worse,” said Laerke.

A virtual pledging conference will take place on June 2, co-hosted by the UN and Saudi Arabia to help the UN agencies and their NGO partners fundraising for the response in Yemen.

“If funded, more than 200 organisations — working in a coordinated fashion through a common strategy — will be able to continue to deliver the food, nutrition, health care, support to 3.6 million displaced people and other interventions which are critical for vulnerable communities across the country,” said Laerke.

“If not funded, the specter of famine will return, COVID-19 and other killer diseases such as cholera, dengue and malaria will ravage the country, and more people will die,” said the OCHA spokesman.

Insufficient funding will reduce or close up to 30 programs, including further cuts in food assistance that will “raise the specter of a famine” as millions of families across Yemen depend on food aid to survive.

Without such funds, UNHCR will have to reduce and cut programs, which will severely impact nearly one million refugees and internally displaced people.

“Some of these consequences will mean that 282,000 refugees and asylum-seekers will no longer have access to basic services,” she said.

The services include education, health, food, water, sanitation and hygiene, and shelter or protection services, including registration, documentation, and specialized services for children.

France takes to the beach amid deconfinement