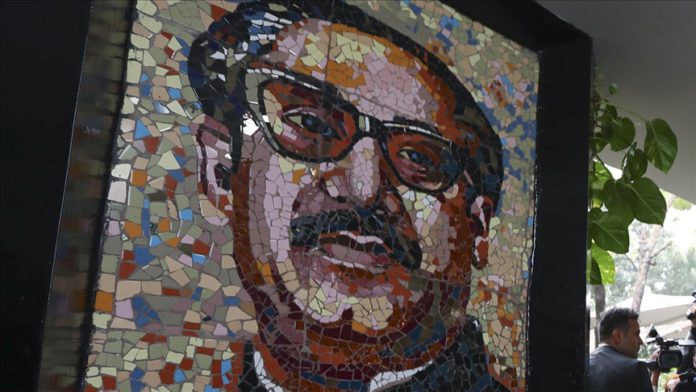 The UN has adopted an international prize named after the Bangladeshi founding father in the field of creative economy, the Foreign Ministry said on Sunday.

“Bangladesh’s proposal for the establishment of ‘UNESCO-Bangladesh Bangabandhu Sheikh Mujibur Rahman International Prize’ in the field of the Creative Economy has been adopted unanimously at the Plenary of the virtual segment of the 210th Executive Board” on Dec. 11, it said in a statement.

“This prize will reward global initiatives of youth in the field of creative economy.”

The decision came as Bangladesh is celebrating Rahman’s birth centenary, and also preparing for the country’s 50th independence anniversary.

The award, the ministry said, “will create a knowledge-sharing mechanism by capturing, celebrating and communicating best practice in the development of creative entrepreneurship.”

Addressing a ceremony, Bangladesh Foreign Minister AK Abdul Momen said: “This is the first time UNESCO has introduced an international award in the name of Bangladesh or any other eminent person of Bangladesh.”

Bangladesh ambassador to France and Permanent Delegate to UNESCO Kazi Imtiaz Hossain appreciated the support of UNESCO board members in this regard.