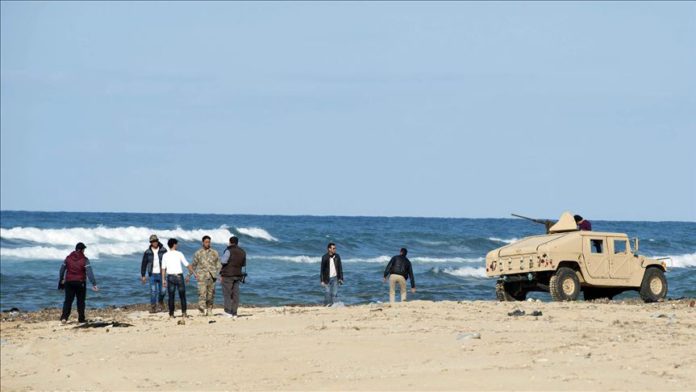 At least 45 irregular migrants, including five children, died when their boat’s engine exploded in waters off Libya’s Mediterranean coast, the UN said Wednesday.

The incident, which occurred on Aug. 17, was the largest recorded shipwreck off the Libyan coast so far this year, the UN Refugee Agency (UNHCR) and the International Organization for Migration (IOM) said in a statement.

“Some 37 survivors, mainly from Senegal, Mali, Chad and Ghana, were rescued by local fishermen and later detained upon disembarkation.

“They reported to IOM staff that 45 others, including five children, lost their lives when the vessel’s engine exploded off the coast of Zwara,” it added.

At least 302 migrants and refugees have drowned on this route so far this year, and the estimated number of fatalities is likely much higher, according to the statement.

The two organizations also called for a review of states’ approach to the situation after the incident in the Mediterranean, adding “there is an urgent need to strengthen the current search and rescue capacity there to respond to distress calls.”

The Mediterranean is the most preferred route by migrants from Africa, mostly from Libya, who try to cross to Europe through Italy and Malta.

Crossings significantly increase over the summer months, with NGOs from various countries carrying out a number of rescue operations in the sea.

Over half of long-awaited Istanbul cultural center done