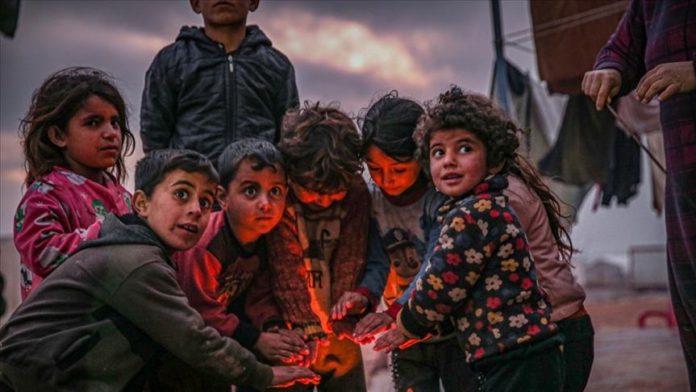 A civil war in Syria that was unleashed 10 years ago has now killed or wounded nearly 12,000 Syrian children, according to a new report on Wednesday by UNICEF.

The UN children’s agency warns in a statement that the war “has left the lives and futures of a generation of children hanging by a thread,” with nearly 90% of children in need of humanitarian assistance, and a “precarious” situation for children and families alike.

The report outlines a “staggering” impact from the war. The average price of a food basket has increased by more than 230% during the war.

More than 500,000 children under the age of 5 are suffering from stunting, due to chronic malnutrition.

Over 2 million children are out of school, 40% of them girls.

And greater than 5,700 children, some as young as 7, have been recruited into the fight.

UNICEF also said the reported number of children displaying symptoms of psychosocial distress doubled in 2020, from continued exposure to violence, shock and trauma.

The report said the situation is particularly dire in northern Syria, where millions of children and their families have fled violence multiple times, often living in tents and enduring torrential rain and snow.

It was March of 2011 when 15 boys were detained and tortured by Syrian forces for writing graffiti in support of that year’s Arab Spring uprising.

The civil war that has since exploded has exposed Syria’s children to trauma that will have long-term consequences, according to the report.

UNICEF pointed out that it expanded operations in Syria to meet the humanitarian needs, including providing nearly 900,000 children with routine immunizations or vaccinations against measles; getting nearly 4 million children access to formal and non-formal education; and improving water supplies to get safe drinking water to more than 5.4 million people.

The agency’s regional director for the Middle East and North Africa said Syrian children “show us the definition of perseverance and resolve,” despite the “incredible” challenges they face.

Still, the report urges warring parties to “put the guns down and come to the negotiating table” and that the world must not simply look past the war’s 10-year anniversary as “just another grim milestone.”