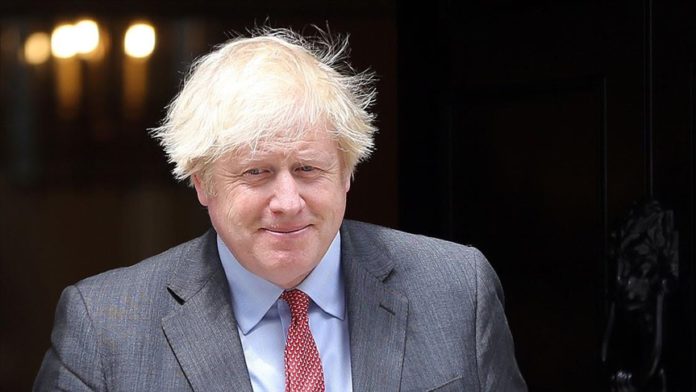 British Prime Minister Boris Johnson has been accused by his former chief aide of “putting his own political interests ahead of people’s lives.”

Giving his first media interview to the BBC’s political editor Laura Kuenssberg since he was sacked by Johnson, former aide Dominic Cummings alleged that Johnson had said last autumn when COVID-19 cases were rising that he was reluctant to tighten coronavirus restrictions because he thought people dying from it were “essentially all over 80.”

Cummings also claimed that Johnson had messaged him to say: “I no longer buy all this NHS overwhelmed stuff,” referring to the National Health Service, the country’s publicly funded health care system.

He said the prime minister had wanted to let COVID-19 “wash through the country” rather than destroy the economy.

Johnson’s office said in response that the prime minister had taken the “necessary action to protect lives and livelihoods, guided by the best scientific advice” throughout the pandemic, the BBC reported.

The government had prevented the NHS “from being overwhelmed through three national lockdowns,” said a spokesperson for Downing Street.

The BBC also reported that it saw a WhatsApp message sent on Oct. 15, and in the message, allegedly written by Johnson, the prime minister described himself as “slightly rocked by some of the data on COVID fatalities.”

According to the message, Johnson said the “median age” for those dying was 81-82 for men and 85 for women and “that is above life expectancy. So get COVID and Live longer.”

The message partly shared by the BBC also showed that Johnson allegedly wrote: “Hardly anyone under 60 goes into hospital…and of those, virtually all survive. And I no longer buy all this NHS overwhelmed stuff. Folks, I think we may need to recalibrate…There are max 3m in this country aged over 80.”

“It shows we don’t go for nationwide lockdown.”

Despite calls from opposition parties from mid-October, Johnson waited until Oct. 31 to declare a full lockdown.

The coronavirus death toll in the UK is the worst in Europe, with more than 129,000 people perishing during the pandemic so far.

Johnson’s former chief adviser had accused the government in May of “disastrously” failing the public by reacting slowly to the spread of the coronavirus.

Cummings’ previous accusations came in his evidence to a parliamentary committee looking into what lessons can be learned from mistakes made during the COVID-19 pandemic.

He told the parliamentary committee that the government did not do as much as it could in the early months of 2020, when the first reports of a novel coronavirus outbreak had started to come in.

Cummings had caused great public anger by his trip to County Durham and Barnard Castle in late March 2020 while the country was in full lockdown and intercity travel was banned.

He was the manager of the Leave campaign before the 2016 EU referendum, which ended the UK’s decades-long membership to the bloc.

Cummings was fired by Johnson on Nov. 14, 2020 after a spat over power sharing within the government ranks, which involved sacking civil servants.