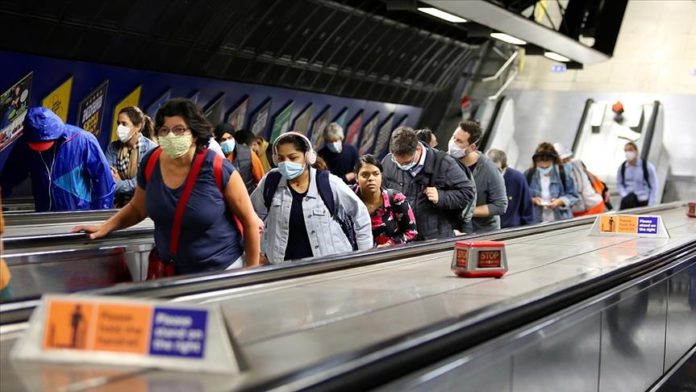 The number of coronavirus infections in the UK has surpassed the 50,000 mark, the highest daily figure since Jan. 11, when the country was at the height of its third wave of the virus.

On Friday, 51,870 people tested positive for the virus, with 277,995 people confirmed COVID-19 positive since Saturday in an increase of 34.9% compared to the previous week’s data.

Coronavirus-related deaths rose by 57.4% on a weekly basis, as authorities reported 277 deaths since July 10, including 49 on Friday.

The vaccination count continues to climb as young adults are now eligible for the jab. By the end of July 15, over 46 million recipients were given their first vaccine dose with over 35 million getting their second, making for 53.2% of the population now fully inoculated against the virus.

The R range for the UK has risen and now stands at 1.2 to 1.4, with the current growth rate at 4% to 7% per day. The R number is a statistic used to rate the virus’s ability to spread, with R being the number of people that one infected person will pass the virus on to.

Hospital numbers could get scary

As infections continue to surge, England’s chief medical officer Chris Whitty warned that the number of hospitalizations caused by the virus was multiplying every three weeks and could reach “scary numbers” as the country prepares to reopen next week.

“I don’t think we should underestimate the fact that we could get into trouble again surprisingly fast. I think saying the numbers in hospital are low now, that does not mean the numbers will be low in hospital in five, six, seven, eight weeks’ time, they could actually be really quite serious,” Whitty said in an interview with the Science Museum.

England’s most senior scientist also warned that the nation and the rest of the country are “not out of the woods yet.” Though he agrees that the population is in a better place than they were last year due to high levels of vaccinations, he emphasized that the UK has still got a long way to go until the virus is no longer a threat.

Whitty’s warnings came as it was revealed by the country’s statistics body that one in 95 people in England last week were estimated to have contracted the virus, a stark rise when compared to the week prior. Moreover, over half a million self-isolation alerts were sent to people using the official National Health Service app.

England is set to drop the majority of its coronavirus restrictions on July 19 and will become the most unrestricted country in Europe. As part of its exit out of the remaining restrictions, the two-meter distancing rule has been ditched, people will no longer be required to wear masks except when in public transport, and entertainment venues will reopen their doors.