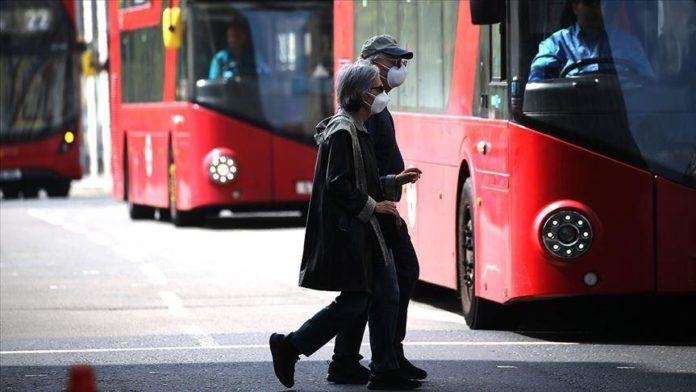 UK government data released on Thursday showed there were 17,555 new COVID-19 infections over the past 24 hours across the UK.

The numbers came as the government announced which parts of England would go into which of the three tiers of coronavirus restrictions when the country’s lockdown ends on Dec. 2.

Overall, 99% of England’s population will be living under the highest two tiers, with just 1% in Tier 1.

MPs will vote on the restrictions next week, when they are expected to pass due to the opposition Labour Party pledging to not to obstruct the government’s attempts to deal with the crisis.

Despite the government pledging to review which tiers regions are in on a weekly basis from mid-December onwards, backbenchers in the ruling Conservative Party were unhappy with the announcement.

Steve Baker, a Conservative MP who has been vocally opposed to lockdown restrictions, tweeted: “The authoritarianism at work today is truly appalling. But is it necessary and proportionate to the threat from this disease? The Government must publish their analysis.”

“On the economy and on coronavirus, I fear we are now so far down the rabbit hole that we have forgotten we even entered it,” he added.

Sir Graham Brady, the chair of the group that represents backbench Conservative MPs, said he would also vote against the new restrictions.

Earlier, British Health Secretary Matt Hancock told the parliament: “Thanks to the shared sacrifice of everyone in recent weeks, in following the national restrictions, we have been able to start to bring the virus back under control and slow its growth, easing some of the pressure on the National Health Service.

“We will do this by returning to a regional tiered approach, saving the toughest measures for the parts of the country where prevalence remains too high.”