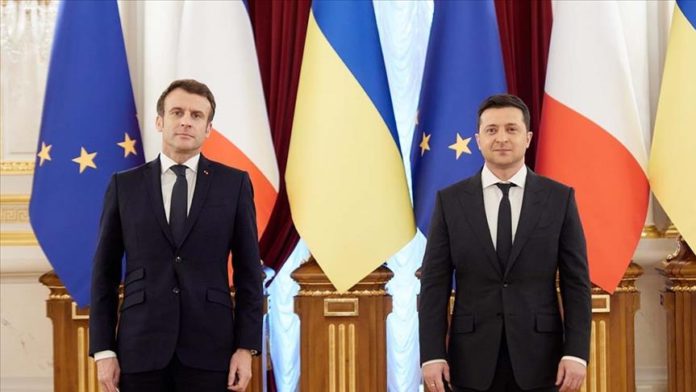 Ukraine’s President Volodymyr Zelensky on late Saturday said that he had an “urgent” talk with his French counterpart Emmanuel Macron over current situation in Donbas.

“Had an urgent conversation with President Emmanuel Macron. Informed about the aggravation on the frontline, our losses, the shelling of Ukrainian politicians & international journalists,” Zelensky said on Twitter.

“Discussed the need and possible ways of immediate de-escalation & political-diplomatic settlement,” he added.

Tensions have risen dramatically in eastern Ukraine this week, with a growing number of cease-fire violations, multiple shelling incidents, and evacuation of civilians from the pro-Russian separatist regions of Donetsk and Luhansk.