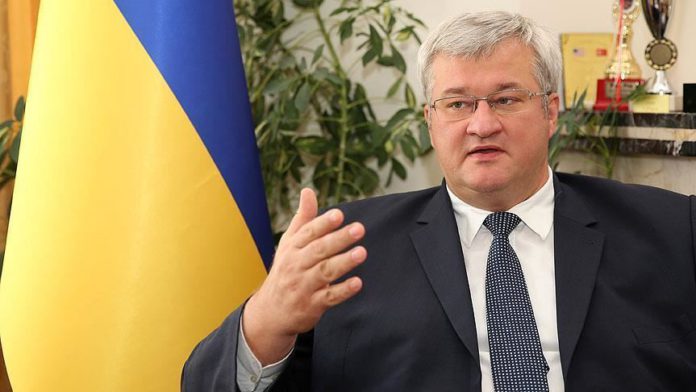 The Ukrainian ambassador to Turkey on Monday commemorated the Crimean Tatar exile forced by the Soviet regime.

“The exile of the Crimean Tatar people in 1944 is a humanitarian crime and genocide. It is the terrible murder of the Stalin regime,” he said.

He also commemorated the victims of exile and said that the Ukranian people share and understand their sorrow.

“As a result of Crimea’s invasion by Russia, Crimean Tatars became the main target of the occupying government of Moscow. We can only save Crimea through joint efforts,” he added.

The Crimean Tatars were deported to various regions within Soviet territory, in particular Siberia and Uzbekistan. Almost half of the exiles, who endured long months of dire living conditions, are thought to have died of starvation and disease.