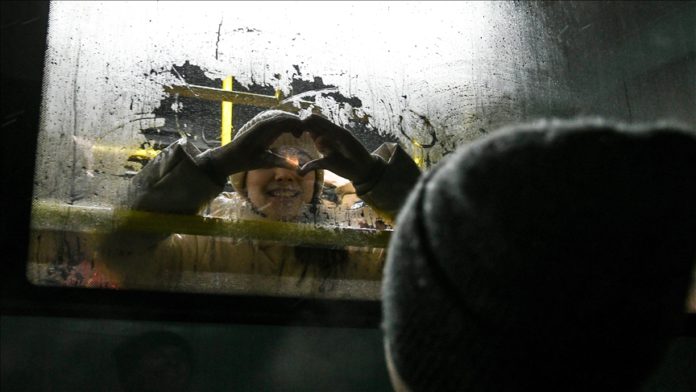 Ukrainian President Volodymyr Zelenskyy said Thursday that around 100,000 people were evacuated in the last two days from cities where the war with Russia continues.

“We evacuated more than 40,000 people during the day and nearly 100,000 people in two days,” Zelenskyy said in a video message on Telegram, noting they have created humanitarian corridors from the cities of Sumy, Trostyanets, Krasnopillya, Irpin, Bucha, Hostomel and Izyum.

He said he gave instructions to send a convoy of trucks full of food and medicine to Mariupol, although Russian troops continued to fire.

Denying allegations that the Ukrainian army is preparing for a chemical attack, he said: “Russia is trying to cover up the crimes it committed in Ukraine with propaganda. This is very worrying.”

“If you want to know about Russia’s plans, you should look at what it accuses others of. We have made sure of this over and over,” he added.

At least 549 civilians have been killed and 957 others injured in Ukraine since the beginning of the war, according to UN figures. But the international body has maintained that conditions on the ground have made it “difficult to verify” the true number of civilian casualties.