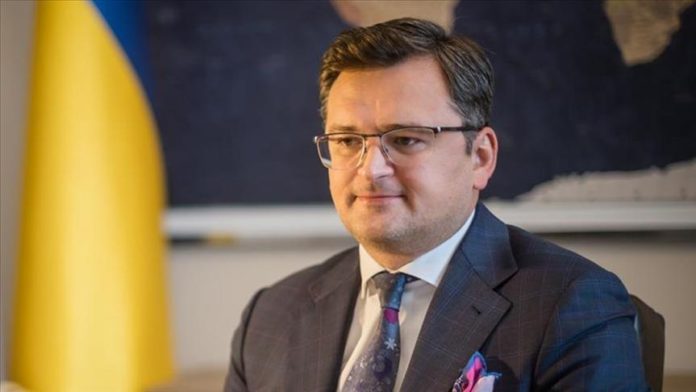 Ukraine’s Foreign Ministry said in a statement that Kuleba informed UK’s Dominic Raab about activities of Russia, “not only military escalation on the contact line with the temporarily occupied territories of Donetsk and Luhansk regions and in Crimea, but also a significant increase of misinformation and propaganda.”

Noting that Russia’s “propaganda” is ongoing to create a misconception that Ukraine is planning military actions, “This is complete nonsense,” he was quoted as saying. “Just the opposite, Ukraine has always sought and continues to seek peace.”

Raab said that London is closely monitoring the activities of Russia and voiced the UK’s solidarity with Ukraine.

“Any attempt by Russia to create a large-scale military escalation will have heavy consequences for it,” he said, according to the ministry statement.

Later, Kuleba said on Twitter that he spoke to Germany’s Heiko Maas on the telephone on the same topic.

“I thanked Germany for support and assured my colleague that Ukraine is fully committed to political-diplomatic means of achieving de-occupation of its territories,” said Kuleba.

Maas stated that they are closely monitoring the situation at the Ukraine-Russia border. “We agree with Ukraine that de-escalation is now crucial, in order not to put at risk the ceasefire,” he said.

Turkey and the US, as well as the UN General Assembly, view the annexation as illegal, as does the EU, which imposed sanctions on Russia for the seizure. ​​​​​​​