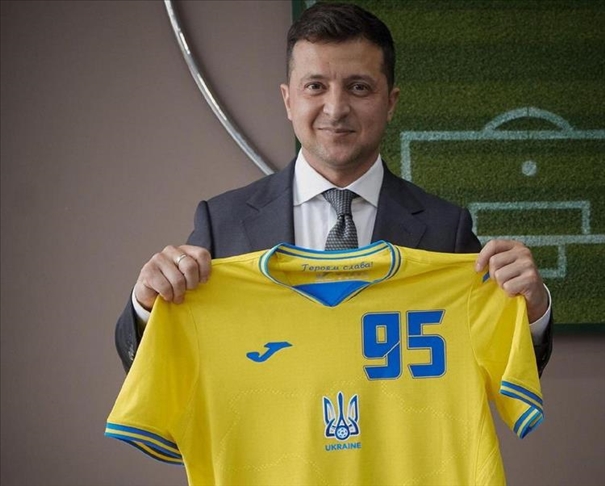 Andriy Pavelko, president of the Football Association of Ukraine, said Sunday on Facebook that Ukrainian players will wear a special jersey in the Euro 2020, which is set to start on Friday.

Both their home and away shirts, which feature an outline of Ukraine that includes Russian-annexed Crimea, has angered Moscow.

Pavelko said the shirts also feature the slogans “Glory to Ukraine!” and “Glory to the heroes!” on their collars.

He added that Ukrainian players will fight for the whole country during the tournament and the map emblazoned on the front of the jerseys will energize them on the pitch.

Russia, which supports separatists in eastern Ukraine, annexed Crimea in 2014.

Zakharova added that the slogans on the collars of the shirts are similar to Nazi battle cries.

However Ukrainian President Volodymyr Zelensky praised the jerseys on Instagram on Tuesday.

Zelensky said the shirts feature many important symbols that unite the Ukrainian people.

“Our country is one and indivisible. Crimea is Ukraine,” he added.

The equipment regulations of UEFA – specifically Article 5 – say that the items should not “offend common decency or transmit political, religious or racial messages.”

UEFA decided last May to postpone the Euro 2020 tournament due to the coronavirus pandemic.