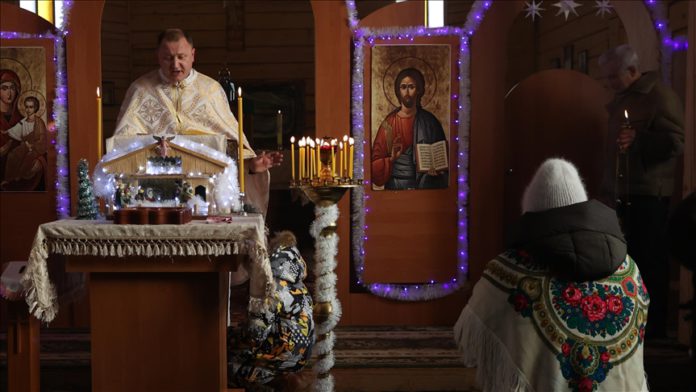 A top religious body in Donbas, a separatist-held region on Ukraine’s eastern border with Russia, has hailed Turkiye’s role in resolving the conflict between Kyiv and Moscow.

“I am glad that on the political Olympus, the top leadership of Turkiye and Ukraine has a dialogue and has the intention to develop this dialogue. Turkiye is ready to mediate between Russia and Ukraine… I have great respect for (Turkish President Recep Tayyip) Erdogan, I notice (his) wisdom,” Vladimir Zubenko, the head of Interfaith Council of Churches in the city of Kramatorsk, which includes over 20 churches and six different Christian confessions, told Anadolu Agency in an interview.

Zubenko, 58, who has been a pastor for nearly 30 years, stressed Turkiye is “quite an influential country.”

Emphasizing that he is in favor of developing relations “in the right direction” with Russia as well, Zubenko said: “We do not have any principled enemies with whom we are never ready to have relations. Time will pass, and I am sure that we can have good neighborly communication and relations ahead (with Russia).”

“At least the church believes in it, we have brothers of faith in Russia with whom we maintain relations,” he added.

“Turkiye’s role is quite significant. For me, personally, the role of Turkiye is very obvious, even way more than some European countries. Turkiye is a powerful country, it is a member of NATO and has a significant weight in the Muslim world,” he said.

Last week, Erdogan reiterated that he is ready to host the leaders of Russia and Ukraine to “pave the way for re-establishing peace” as tensions between the two countries show little sign of diminishing.

Wishing “peace and prosperity” to Ukraine and Turkiye, Zubenko said that by the will of God the two nations will continue having good-neighborly relations.

“Yes, Turkiye, in the past Ottoman Empire, under those leaders who were then, it was not just influential, it was the number one state or empire on the globe, and had a serious impact on everything, including some cultural aspects. And today, we see that Turkiye has not lost its full influence or dominance on the political Olympus,” the pastor said.

Zubenko underlined that although today there are other countries that have become “the favorites,” “but Turkiye remains … a strong state of wise people.”

Recalling the war some eight years ago, Zubenko noted that 2014 in Kramatorsk — a city in the northern part of Donetsk Oblast — was an “unstable year” as the city was occupied by pro-Russian separatists.

“I’m not a political expert… I once served in army and I think that the contingent that is on the border line is insufficient for a successful invasion deep into the country, especially from the frontline, as well as preserve the positions in the occupied cities,” he said.

“This is my subjective opinion, (Russian army near the borders) is not sufficient against the 200,000 regular army (of Ukraine) along with nearly 400,000 reserve soldiers. But, the situation is very unusual,” he asserted.

Zubenko said they pray to God, “who is powerful enough to stop any aggression,” to protect the country.

Pastor Petr, who serves in the Greek Catholic Church since 2019, said “the church, like the whole country, is going through this situation of war,” adding that they follow the latest news on the conflict.

“And our whole church is praying for peace in our country,” he said.

“Our church service begins with a common prayer for peace from heaven, and we ask God for great mercy,” he said, noting that the local people ask God to resolve everything peacefully.

The pastor noted that along with the ordinary people, some Ukrainian servicemen also visit the church for the service. Pastors also visit the nearby military units time-to-time for those servicemen who are unable to visit church.

Moscow has denied that it is preparing to invade and said its troops are there for exercises. It has also issued a list of security demands, including that Ukraine does not join NATO.

Turkish textile fair debuts in US to promote products