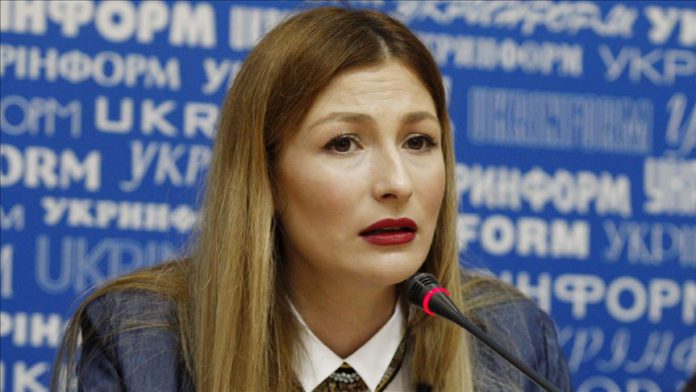 The Crimean crisis must be strongly voiced in the international arena, a senior Ukrainian diplomat said on Monday.

Urging “harsher” political pressure and economic sanctions against Moscow, Deputy Foreign Minister Emine Dzhaparova said in an exclusive interview with Anadolu Agency that the ongoing Crimean crisis was an “annexation attempt” unrecognized by the international community.

Appointed to her new role by President Volodymyr Zelensky last month, Dzhaparova added that Kiev was grateful for Turkey’s support for Crimea.

“Russia illegally and temporarily occupied Crimea,” she said, citing a UN resolution on the territorial integrity of Ukraine on March 27, 2014.

Ukraine must regain its sovereignty over the peninsula, she asserted.

Arguing that economic sanctions against Russia and UN support were not enough to save Crimea, Dzhaparova said Ukraine hoped to bring the issue before the international courts.

There, it would be possible to “bring Russia to justice” for its crimes and violations, she said. “Russia is trying to convince the world how it protects Crimean Tatars in every platform in the world. It claims that the Crimean Tatar language has become the official language and has passed the law for the rehabilitation of the people. But in fact, oppression and political proceedings clearly show the opposite,” she said

Crimean Tatars have been fighting Russia for the right to exist and live in their homeland for the past few hundred years, according to Dzhaparova, as they had to leave their homeland in 1783, 1944 and 2014.

Speaking on the conflict in the Donbass region of eastern Ukraine, she said: “Every day in Donbass, there are reports of Russia’s violations of the cease-fire and the use of weapons banned under the Minsk protocol.”

“Ukraine is ready for meeting with leaders in Normandy Format,” she added.

Dzhaparova said Ukraine-Turkey relations had become a “strategic partnership” and added: “Our countries have common interests. They share the same view to establish peace and stability in the Black Sea region, and they do not have any conflicts in the political arena.”

Expressing hope on ongoing talks for a free trade agreement between the two countries, she said there were numerous opportunities for Turkish businesses to invest in Ukraine.

She also said that she was hopeful for the talks on Free Trade Agreements between two countries.