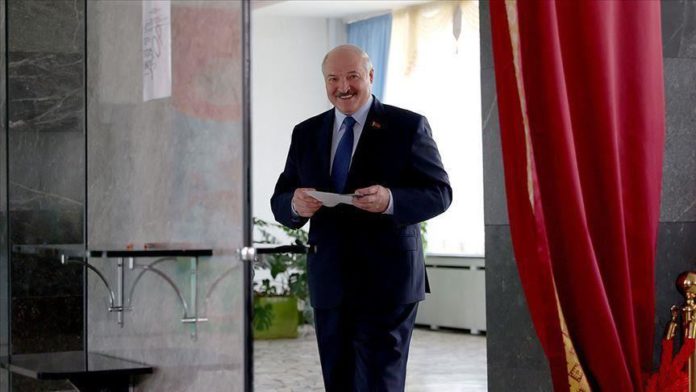 Ukraine does not consider Alexander Lukashenko the legitimate president of Belarus, Foreign Minister Dmytro Kulebahours announced Thursday, a day after the veteran leader was sworn in for a sixth term.

“Today’s “inauguration” of Lukashenko does not mean his recognition as a legitimate head of Belarusian state,” he wrote on Twitter. “Ukraine has never interfered in internal affairs of Belarus and will always support the Belarusian people.”

Protests broke out after Lukashenko, who has served as president since 1994, was declared the winner of Aug. 9 polls. Opposition candidates, however, accused the administration of rigging the vote.

Despite a crackdown, anti-government protests continue. Many opposition figures are in self-imposed exile in neighboring countries.

The EU and the US have also refused to recognize Lukashenko as the president of Belarus, saying the disputed election lacks democratic legitimacy.

Russia, on the contrary, not only recognizes him but has pledged financial support, a $1.5 billion loan, and that it is ready to intervene if protests get out of control.

Both countries are also participating in the Slavic Brotherhood joint military drills.

Lukashenko’s swearing-in took place at the Independence Palace in the capital Minsk.