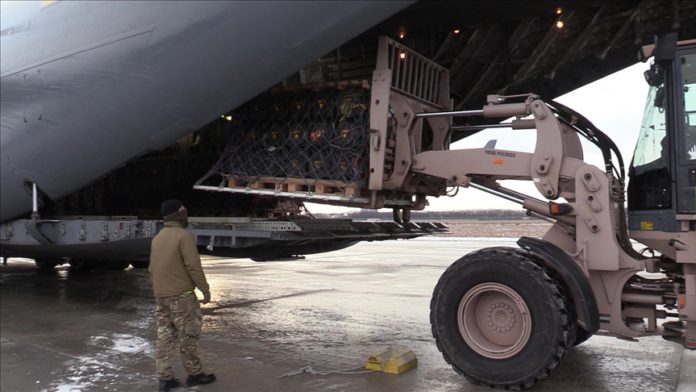 Ukrainian Deputy Defense Minister Anatoliy Petrenko said the weapons will only be used for defense purposes, the ministry said in a statement.

British Defense Secretary Ben Wallace said Monday that his country would provide Ukraine with more defensive weapons and military training in the face of the threat of invasion by Russia.

“We have taken a decision to supply Ukraine with light anti-tank defense weapons systems,” said Wallace.

“A small number of British personnel will provide early-stage training for a short period of time within the framework of Operation Orbital before then returning to the United Kingdom,” he added.

Russia, Ukraine and NATO have stepped up military exercises as tensions have intensified in recent weeks, with Kyiv openly accusing Moscow of planning an invasion.

According to the UN, fighting between Ukrainian government forces and pro-Russian separatists in Ukraine’s eastern Donbas region has seen more than 13,000 people killed since 2014.