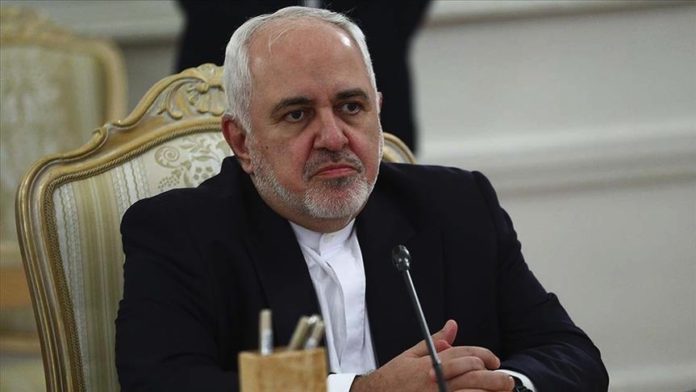 Ahead of the first anniversary of the downing of Ukrainian plane that killed all 176 passengers on board, Iranian officials said justice will be served and those responsible will be held to account.

Foreign Minister Javad Zarif took to his social media channels to remember the victims of the incident.

Zarif, in a lengthy Instagram post late Wednesday, said a year has passed since the tragic Jan. 8, 2020 incident, and he is “still ashamed and sorry” about it.

The incident came days after the killing of Iran’s top military commander Qassem Soleimani in a US military strike in Baghdad when Iran’s air defense systems were on high alert.

Iranian authorities initially denied that a missile had hit the passenger plane. The late admission sparked anger and outrage across the world.

Zarif said he met families of many victims, and felt “utter disability” in expressing his grief and sympathy.

Recalling the fateful day, the top diplomat said he was one of the officials that relied on “speculative media reports” about the incident, and had emphasized that details should be shared with public after he “learned of the situation.”

Accepting responsibility for the “terrible mistake,” which was bound to create a diplomatic row for the country, he said he went ahead and “apologized to everyone.”

Zarif said that although compensation has been announced for the victims, “criminal proceedings” will also be carried out in Iranian courts.

President Hassan Rouhani has also asserted that those responsible for the downing of the plane “should be justly tried in a court.”

Terming it a “painful tragedy,” Rouhani on Wednesday said his government attaches importance to the case and “all unclear aspects of the incident” should be brought to light and communicated to the people.

Iran has announced a compensation of $150,000 to the families of each of the victims.

The announcement came two days after the country’s Civil Aviation Organization delivered its final report on the plane crash.

While Iran termed it “human error,” calls have been growing internationally for legal action against those directly responsible for the incident. Ukraine has demanded life sentences for those involved, terming it a “maximum punishment.”

Meanwhile, the office of military prosecutor in Tehran has reportedly completed its investigations in the case, which will now be sent to a military court for a final verdict.