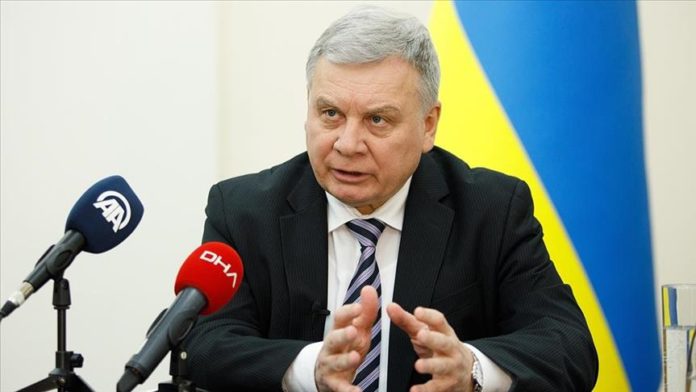 Speaking ahead of a meeting in the quadriga format between foreign ministers and defense ministers of Ukraine and Turkey in the capital Kiev, Andriy Taran said Turkey can help Ukraine in his country’s main goal of becoming a NATO member.

“Turkey is a key NATO member and can help Ukraine in this regard. Therefore, we are open to increase cooperation in all areas,” said Taran.

He said they have decided to acquire Turkish-made unmanned aerial vehicles (UAVs) after Ukrainian President Vladimir Zelenskiy ordered to modernize the country’s army.

“There is no need to convince anyone that Turkish UAVs are the most effective modern weapons. Everyone saw this in Syria, Libya, and most recently in the fighting in Nagorno-Karabakh,” Taran said.

“I and our President personally witnessed the high effectiveness of the Turkish Bayraktars we bought. In addition to purchasing, we want to produce and transfer technology together in Ukraine. Ukraine can share its own technologies with Turkish companies, this is a project for the common good of everyone,” he added.

Taran said the relations between the two countries are not only limited to defense and industry but in many areas.

He said there are many ethnic Turks living in Ukraine.

“To our knowledge, Russia is preparing to set up nuclear arsenals in Crimea, which is a threat to Europe and the civilized world,” Taran said.

“We also see Russia’s effort to dominate Black Sea as a major threat to Europe, Ukraine, and Turkey’s economies,” he added.